Using vouchers in restaurants and pubs can be an embarrassing experience. An ideal venue will subtly acknowledge your voucher, take it to the till and return quietly with any queries.

If you turn up to a chain restaurant without an available discount code then “more fool you!” Why pay more than the table next to you for exactly the same meal and service. This is similar to Groupon vouchers, if other diners are in the same restaurant, enjoying the same menu but paying less then you should be embarrassed for not being “money-smart” not for holding an A4 voucher.

Recently, we dined at the Three Blackbirds, Woodditton. With it being the “eve” of my birthday and having tweeted the pub about my trip on numerous occasions I was really quite excited! 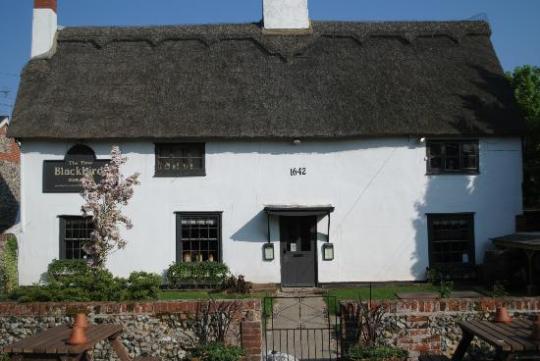 I want to bypass the meal to tell you about the voucher code horror but credit where it’s due, the food was tasty.

My paté starter was huge and had a gorgeous texture and flavour. I then had the fish and chips. Big portions and tasty but it wasn’t exceptionally better than dishes at other pubs in the area. I do wonder if pubs should reduce prices during the week as you are certainly not paying for the buzzing atmosphere. The fish and chips were a very reasonable price, costing under £11.00. Excluding vegetarian dishes (and the steak options) the average main course works out at £15.03. A price that I think is suitable for a Friday – Sunday meal and evenings entertainment. 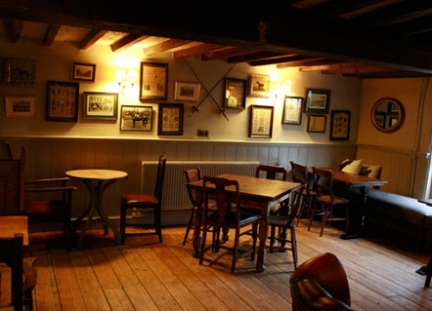 Despite purchasing the three course Groupon voucher we were too full to opt for a dessert so simply had one of their rich and delicious coffee’s instead.

Time for the bill…

It turns out that when on the Groupon mobile app you have to scroll to the very bottom of the page, past the fine print and even under the map (!) to see that it says the voucher will only be valid if you mention it when booking.

There were just three tables occupied on the Tuesday evening that we visited. “Emailer” and I presume bar manager, Joe told us that this was the protocol due to availability on the night. The cynic in me can’t help but wonder if that means you are given a separate menu or smaller portions… but I am sure that’s not the case.

Rather than honouring the voucher as the iPhone app did not make the clause clear AND it was my Birthday (!) Joe continued the rather humiliating charade by going upstairs for 5 minutes to print out the web version which did clearly state this comment! Thankfully the pub was now empty so this was all only witnessed by my partner. Poor Gareth never has been “one” for voucher codes so was practically under the table whilst thrusting his credit card in the air just wanting to pay and leave!

I feel it is unfair to somewhat negatively review a venue without contacting the team after the event. Joe has since said that he will contact Groupon to make sure the mobile app version is clearer and that I can have a glass of “bubbly” on my return. I appreciate that this was partly my fault due to my misreading of the bizarre mobile app layout but I really think that on this occasion, any complaints from the pub could have been directed to Groupon rather than affecting us.

Where does this leave me? Well I do still have a valid Groupon voucher, the food is tasty and the 17th century pub itself is gorgeous. With this in mind, when I have stopped blushing I will return as I would quite like to try more options on the menu.

Don’t worry though, I will remember to tell them about my Groupon voucher before hand!